There is no substitute for hard #work. #JupiterV5 is on the way! @artbees

Activated Carbon is a very commonly used air and water filtration media. Activated Carbon is created through a process that takes a raw material such as coconut and heats it under extremely high temperatures until the raw material is burned down to carbon. Through this process, a large number of pores are created. These pores of the natural material allow for the adsorption of impurities from both water and air.

In addition to its ability to filter both water and air, Activated Carbon is also an appealing filtration media because of its composition. Activated Carbon is chemically stable and non-toxic. It can be safely used in a variety of industrial and manufacturing applications. The mechanical hardness of the activated carbon enhances its adsorption ability making it very effective in removing impurities from liquids and gas.

Traditionally activated carbon is bought in bulk in either granule or pellet form. The granules or pellets are used to fill filters or adsorbers for large-scale applications such as industrial wastewater treatment and industrial plant emissions. Companies can replace the granules or pellets to optimize effectiveness of the filtration and spent activated carbon is often safe enough to be disposed of in a landfill.

Zorbit Dry Bags are now tested by SGS to perform whopping 350% absorption capacity and do not leak even when heated at 120 degrees C. 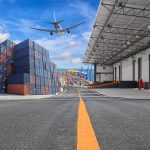